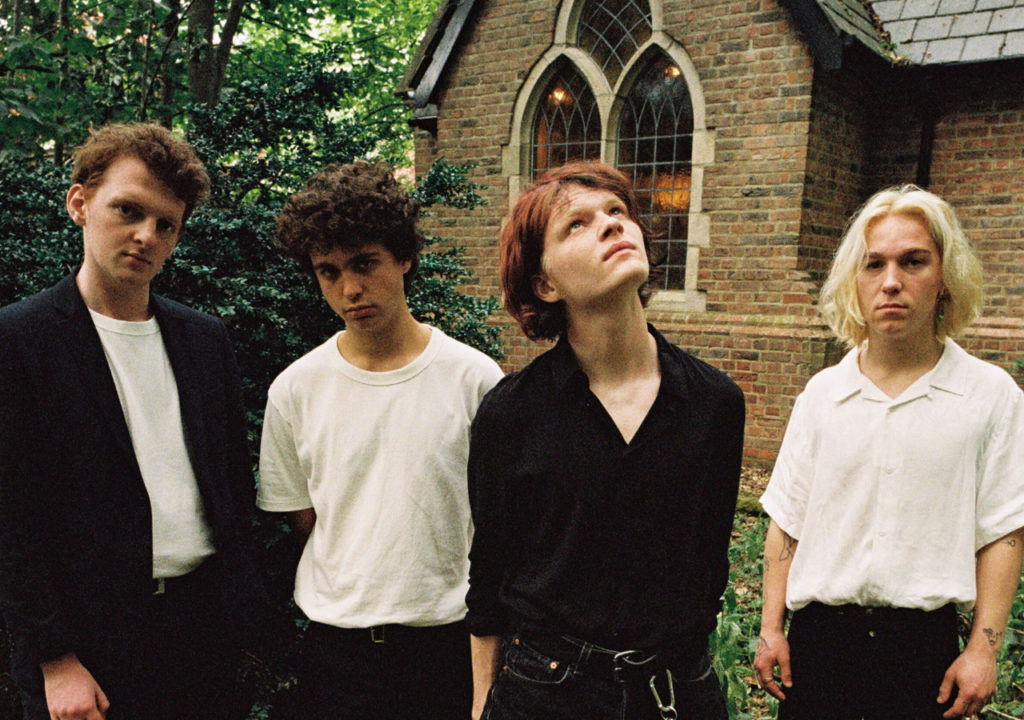 Dressed up in cultish imagery, complex lyricism and a mutating, tradition-be-damned approach to rock music’s typical sonic palette, King Nun’s long-awaited debut album ’Mass’ is a coming-of-age record un/like any other. Where early singles like ‘Tulip’ and ‘Hung Around’ first presented the London four-piece as youthful punk rockers, ‘Mass’ dives deeper into the psyche and ceremony that surrounds the progression from youth to adulthood. “‘Mass is really autobiographical” explains frontman and lyricist Theo Polyzoides of the band’s own coming-of-age. “We were just writing about what was in front of us. We were at a time – in both our lives and our career – where we had to step up”. A record centred on personal exorcisms and more universal lived experiences, King Nun’s debut is a lofty accomplishment from a group no longer content to simply kick up the dirt at their feet. “The album is really autobiographical,” admits Theo, “it’s full of songs about becoming, songs about reminiscing, songs about making an album. It’s a tribute to teenage angst, to naivety, to memories both melancholic and despairingly sad – to that need to step up to the plate.” ‘Mass’ is, without doubt, a record which finds King Nun stepping up to the plate. A confident, charismatic and complex debut LP, it proves the quartet are embracing their self-appointed role as rock music’s last great innovators.